Laura has over 30 years of dance experience. She has trained in tap, ballet, pointe, jazz, modern, hip-hop, acrobatics, and competitive gymnastics. She began her training at Joy Johnson’s Studio in Owensboro, Kentucky where she took classes in tap, ballet, and acrobatics. She then moved to Vicki’s School of Dance to take classes in ballet, baton, and acrobatics. For the next several years she was a member of a competitive gymnastics team, where she won the state balance beam title. She began training on pointe at age 11 and became a member of the company at age 13. She then returned to Johnson’s studio to continue training in ballet, pointe, and jazz. She was a member of her high school and college dance teams. In college, she continued her dance education, taking classes in gymnastics, modern dance, and performing with the EKU Dance Theater. After college she began taking classes in tap and jazz at the Lexington Tap and Jazz Company where she also taught hip-hop classes. She also trained at the Dancer’s Studio in ballet and pointe. She is a certified member of Dance Educators of America. She has also received certification in two of the three levels through the Dance Educators of America in classical ballet, tap, jazz, modern, and acrobatics, where she received one of the highest scores in her class. She has coached several award winning dance teams and has experience choreographing in many styles of dance.

Laura started the school in the summer of 2000 teaching tap, ballet, and jazz for ages 3 and up. The school now enrolls over 300 students, has a staff of 10, and offers classes in hip-hop, lyrical, and company classes in addition to tap, ballet, pointe, and jazz. 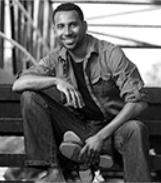 At the age of thirteen, Parker graduated from the New York Shakespeare Tap Institute where he studied under Ted Levy.  He also had the opportunity to study with the late Dr. Buster Brown.  Parker has performed all over the world with Artists and Shows such as Savion Glover, Riverdance, The Broadway Cast of Wicked, Grammy Winner Bela Fleck, Grammy-Nominated Dave Eggar and Chuck Palmer, Amber Rubarth, Olympic Skaters and more.  In addition to tap dancing Parker is also an actor and singer and been in National Commercials, Print Ads and Short Films.  He has been teaching at the school since 2012. 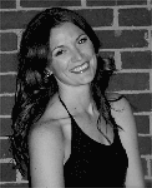 Abby found her passion for teaching over 10 years ago while studying ballet at Brigham Young University, during which time she was also a member of the nationally acclaimed BYU Cougarettes. After getting married and having her first of four children, she had the opportunity to perform with Odyssey Dance Theatre. Since then she has been doing freelance choreography and performing around the country. She has now landed in Richmond, Kentucky where she and her husband Jeff are co-owners of LaFontaine Preparatory School. Abby’s choreography has received praise and attention at various competitions both regionally and nationally, including outstanding musical interpretation at Tremain Dance in 2006, though her most favorite part of her job is watching her students grow, be it through artistic style or technical mastery, she claims there ain’t nothin’ better. She has had the opportunity to train under many “greats” in her dance career. One of her favorite memories was her very first Mia Michaels class at age 13—an experience she will neverforget! Solo awards and scholarships include: Miss CVJH, pageant winner, 1997; Convention Scholarship winner, LA Dance Magic Regional Convention, 2000; top ten finalist NDA High School Dance Nationals, 2000, 2001; Dance Sterling Scholar Scholarship regional finalist, 2001. 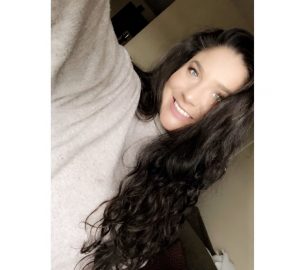 Ashley has been training with Laura for 15 years.  She is trained in tap, ballet, jazz, lyrical, hip hop, musical theater, contemporary, and acrobatics.  She has won many overall and choreography awards.  She made it to the choreography round of So You Think You Can Dance and is a member of the Movement Contiuum contemporary dance company in Lexington.  She also coaches Madison Middle’s dance team and does choreography and master classes around the region.  She has been a teacher here since 2011. 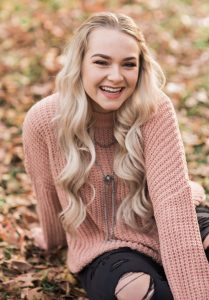 Alessander was born in 1996 in Ponce, Puerto Rico.  He graduated from the School of Fashion Design in Ponce, Puerto Rico.  He began his dance career at the age of fifteen in the Ballet Senorial Company.  Alexander has trained with different professors from Cuba, Puerto Rico, Russia, and the United States.  Mr. Guzman participated in several competitions including World Ballet Competition and International Dance Competition.  His repertoire includes, La Ventana Pas de Trois, Friends of Giselle, The Nutcracker, Aggufa, Beethoven, Swan Lake Pas de Trois, Laurencia, Kermesse in Bruges, The Little Mermaid, La Peri Pas de Deux, and many others.   Mr. Guzman is currently a fashion designer and ballet dancer.  Mr. Guzman is also one of the lead instructors at the KBTk academy.  Mr. Guzman joined the Kentucky Ballet Theater company after the 2017 Ballet Under the Stars.  He began teaching at the studio in 2018.

Allie has been dancing for 13 years.  Allie has trained in tap, ballet, pointe, lyrical, contemporary, jazz, and hip hop.  Allie has won many awards for her dancing and has already received praise for her choreography.  Allie is an apprentice with Platinum National Dance Competition and helps assists faculty at workshops.  She is also title winner for Inferno Dance competition and national Miss Platinum.  She is currently a member of the competitive dance company at the studio and was a 4 year member of the Madison Central Dance Team.  She has been teaching at the studio since 2014.